Formerly a citrus grove, Old Las Palmas dates back to the mid 1920’s when it was acquired and subdivided by Prescott Stevens. It was first developed by New York builder Alvah Hicks and his son Harold. The curvilinear street layout was inspired by the work of Frederick Law Olmsted. 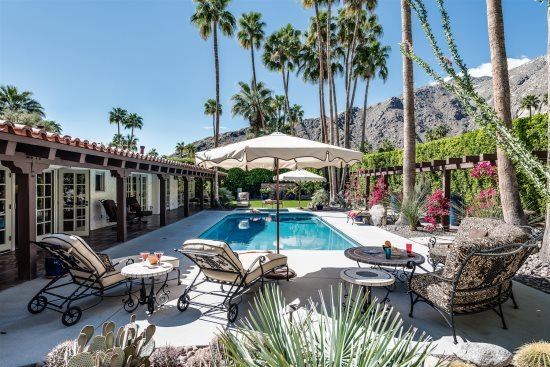 Within Old Las Palmas boundaries there are approximately 290 homes, three apartment and five condo complexes, two churches and a synagogue, along with newly added properties including the O’Donnell Golf Course and the Palm Springs museum. Old Las Palmas is within walking distance to downtown Palm Springs and offers many special advantages. We have recently expanded our boundaries. View the new map here.

Old Las Palmas has always been recognized as one of the premier neighborhoods of Palm Springs. The same is true today. With many of the older estates and homes being updated and enhanced, Old Las Palmas will continue to be viewed as a desirable and prestigious neighborhood. It’s a privilege for those of us who live in this “special” place to come together in the Old Las Palmas Neighborhood Organization to protect and preserve its heritage.